Cats with black and white coloring, long- or short-haired, actually are black with a white overlay caused by a masking gene.

*A cat that is approximately half black and half white is called a bicolor or particolor.
*If he’s all white apart from black markings on his head and tail, he can be called a “van.”
*If he’s mostly white with large color patches, he’s a harlequin.
*A black cat with a white front (throat and chest) and white front paws is known as a “tuxedo” cat

Trimmings
Many black cats with white markings are known sometimes by the patterns or shapes of these markings, such as mitts (white paws), a locket (white spot on the chest), buttons (little white spots on the belly) or even a bikini (white splotch on the lower abdomen).

Here are the black & white cats available for adoption at CCS. 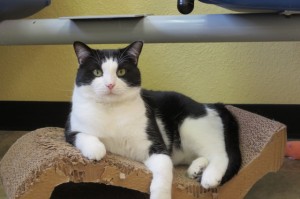 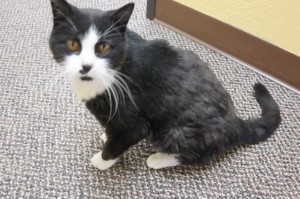 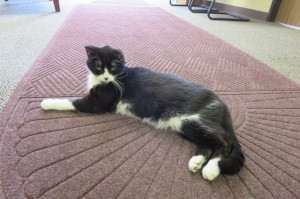 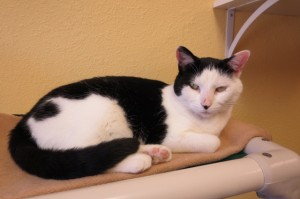 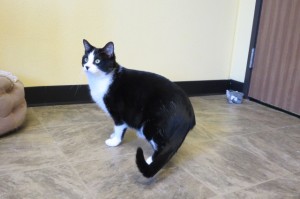 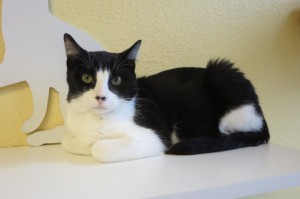 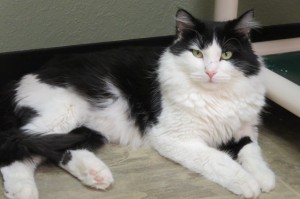 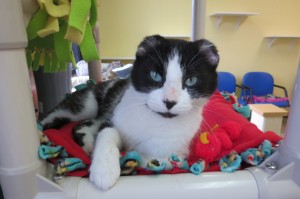 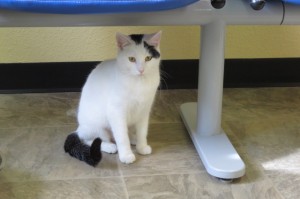 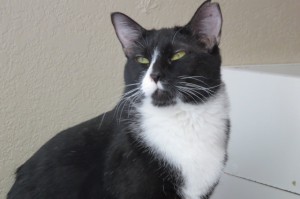