Selective breeding has produced some beautiful coat patterns in pedigree cats. Crossbreeds come in an endless variety too.

Having said that, the colour palette is limited to these basics: White, Black, Red (Ginger), Blueish / Grey, Cream, Brown, Cinnamon, Fawn. These combine in subtle variations to produce an amazing variety of color coat patterns:

This is the easiest coat type to spot, being all one color. Cats of this type are surprisingly uncommon – if a cat’s coat has any other splodge of color, no matter how small, it is not a solid / self color.

There are many different variations on the bi-color coat. A cat of this type has a base of white with patches of color. If the spots are random the pattern is referred to as magpie, or the more prosaic “random spotting”. Random spotting with a colored tail is known as harlequin. Colored head and back (saddle) is called cap and saddle. A cat with splashes of color between the ears, with a colored tail, is called van.

This is the classic striped or marbled coat, and is the most common pattern in domestic cats. It harks back to the striped pattern of the ancestral wild cats. There are four tabby variations:

Tortoiseshells come in various shades. The commonest is gingery-red and black, but they come in lighter shades (known as dilutions), the lightest being a mixture of blue-grey and cream. The colors are sometimes well mixed (brindled), sometimes in distinct patches.

This is a mixture of a tabby and a tortoiseshell. These cats combine the distinct markings of both coat patterns.

Another common pattern, this coat is a mixture of gingery red, black and white, in endless variations. Like tortoiseshell types, the colors are often diluted, fading down to grey, cream and white.

These cats are basically one color, but darker on the face, paws, and tail. Fascinatingly, experiments involving kittens and heated rooms have shown that if permanently warm, the young cats do not develop the darker extremities. The underlying cause, say the researchers, is a gene that causes the coolest part of the cat’s body to become darker. If the markings have not developed in the kitten, they will not occur later when the animal is an adult.

One of the wonderful things about cats is the vast range of coat colors and patterns that makes each one unique. Genetic mutations can cause the most wonderful combinations of colours and markings, and selective breeding has also produced some beautiful patterns.

These are the main colors that cat varieties come in: 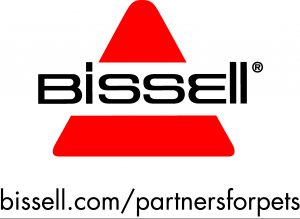